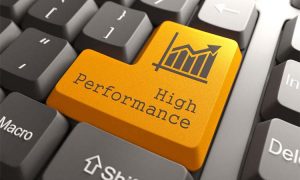 Goals, whether at an individual or organisational level, ultimately have one aim – to improve an aspect of performance, whether financial, physical or emotional.

When organisations plan for the year, they plan to perform better than what they achieved last year. Performance, therefore, is the holy grail of every organisational intervention.

What if I tell you that you can actually predict your outcomes – your performance in 2020?

Performance has a BAR that we must scale to have a fulfilling year. Those who scale the performance bar find on the other side of the bar everything they ever dreamed of and more, while those who fail to scale the bar will be filled with painful disappointments. The bar is the dividing line between poverty and prosperity and failure and success. And it has just two components. Yes, two.

Success in life can be compared to a game of football (or any other sports in general). In football, there are only two things you need to do to succeed – score goals and prevent your opponent from scoring or score more than your opponent can score.

On these two principles hinge all of success in football. Everything that happens from employing and sacking coaches to buying and selling players, from deciding strategy to deploying tactics are centred on these two core principles of winning. A team achieves world-class dominance if it can achieve excellence in both or becomes history if it fails in both.

Similarly, there are just two things you need to do in 2020 to elevate performance either at an individual or organisational level.

The first component of the performance BAR is B or Beliefs.

Called by several names:
• Thomas Theorem: named after William I. Thomas, who wrote in 1928, “If men define situations as real, they are real in their consequences.”
• Self-fulfilling prophecy: coined by sociologist Robert K. Merton following the Thomas Theorem, “A belief or expectation, correct or incorrect, could bring about a desired or expected outcome.”

• The Galatea effect: a phenomenon where people’s own opinions about their ability and self-worth influence their performance.
• Oedipus effect: coined by philosopher Karl Popper after the mythical hero whose life fulfilled a tragic prophecy.

The principle is the same: our beliefs about ourselves and events, whether good or bad, shape our behaviours which determine the results we experience, and they most often align with those beliefs.As it were, our beliefs and results form a feedback loop: our beliefs determine our results, and our results confirm and reinforce our beliefs.

The second component of the bar is A or Action.

Called by several names: leverage behaviours, keystone habits, tipping points, or the Pareto principle, the concept is the same: certain actions have a disproportionate impact on performance. The difference between leaders and losers is simply a matter of focus; leaders focus their attention on those activities that have a disproportionate impact on performance while losers dissipate their energies in frivolities.

To succeed in 2020, you need to ensure that you concentrate your efforts on your VC actions. What are they?

The Link Between Beliefs and Actions

To believe and not act is to delude oneself. It takes action to give birth to results, but it takes belief to start the process of acting.

Look at it this way. Your goal is what you want to and hope to achieve; your belief or expectation is what you know you will achieve. And guess what? Your actions follow your beliefs and expectations more than your goals. It is one reason New Year Resolutions don’t work. Deep down, we don’t truly believe them or expect to achieve them.

So, this is my theory on the BAR of Performance: Beliefs, Actions, Results. 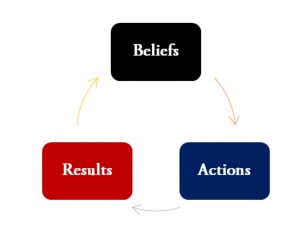 To achieve your performance targets in 2020, you need to do just two things:
1. Change, edit or replace the faulty hard drive of the limiting beliefs affecting your individual or organisational performance. Every bad behaviour or poor performance has a faulty belief system that is perpetuating that behaviour or result.
2. Act, align your behaviours with new empowering beliefs.

Sounds simple, but I must confess it is not easy. Beginning next week, with your permission, I will share with you the 7 Fundamental Beliefs that drive individual and corporate performance (excerpts from my soon-to-be-released book). 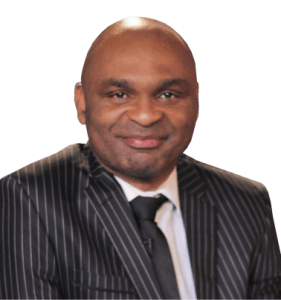 Dr. Maxwell Ubah is a highly sought-after leadership expert, strategy consultant and
organisational transformation specialist. He is a graduate of the Sloan Fellowship
programme in leadership and strategy from London Business School and the author of
THE HOW OF LEADERSHIP: Inspire People to Achieve Extraordinary Results. He has
facilitated many senior-level programmes for reputable organisations like UBA, PZ
Cussons, Bank of Industry, Nestle, Africa Finance Corporation, Orange Telecomms
among others in Nigeria and across Africa (Ghana, Cameroun, Kenya, Cote d’Ivoire, Senegal, Zambia and Liberia)